Why feminism is more than female quotas and equal pay, what role capitalism is playing in this, and where that nonsense idea came from that says women* should be in char-ge of the housework. Feminism, for us, means social criticism. That‘s why it‘s also inseparably linked to changes in society. A different society, one that knows no (more) gender distinction, would also have to break with the state and the capital. This text wants to explain why anticapitalist feminism is necessary.

There‘s a recurring argument that the patriarchy (the ruling of men* over women*) has always been the same ever since its emergence. That would mean that the oppression of women* had since existed in the same form without any alterations. But that‘s not the case. When capitalism, which is the form of society we live in today, came into exis-tence, the patriarchy and capitalism merged into a new kind of oppression. We‘ll try to offer a short explanation in the following. While in pre-bourgeois times many people believed that women* were just incomplete men*, since the beginning of capitalism they have been seen as two diffe-rent kinds of people. But why is that?
In capitalism, society is divided into two realms: the private and the public. These two realms are gendered, which means they get assigned to one of the genders/sexes. The private, the household is the domain of the woman* while the public one is that of the man*. This means claiming that a woman*s place is at home and a man*s place is the public, amidst economy and politics. This so called „natural order“ is defended by arguing that the genders are essentially different: that they are two different kinds of people and have fundamentally different ways of thinking, acting, and feeling.
So, the two categories of man* and woman* have been attributed various character traits. Those are presumably widely known: Men* are supposed to be rational, hard, etc., while women* are expected to be emotional, irrational, and soft. Thus, these two characters are inherently different and contrary to each other. At the same time, all features that aren‘t masculine* are consequently feminine*. All properties that men* are not supposed or do not want to have, get denied and transferred to women*. This means that men* can only be real men* by distancing themselves from women*. Thus the ideal bourgeois human is always man*. And that‘s how, in capitalism, a new form of patriarchal ruling is for-med on the basis of the priorly existing patriarchy.

THE PRIVATE REALM – THE REPRODUCTION

Alongside bourgeois society emerges the bourgeois nuclear family – the private realm. All the (house)work that emerges in the private realm gets catego-rised as women‘s* work. Short side note: this family model does not catch on throughout the whole of society until the second half of the 20th century. Most people were obliged to perform wage labour; at first this new form of family was only possible in the middle class. It wasn‘t until later that all parts of society were able to adopt the nuclear family as their ideal. But back to the topic at hand. Work in the household of a family entails everything that usually falls under reproductive work: care, cooking, cleaning, washing, education, etc. – all that makes people fit for wage labour again or prepares them for it. At the same time, this activity does not produce value, because nothing is sold. The activity is therefore useless for the purpose of generating profits. This is why we talk about it so little. It‘s basically not considered „real“ work. But without reproductive work in the family capitalism would not be able to function as well as it does. This means, reproductive work is irreplacable and a part of capitalism. The system wouldn‘t work without it.

BUT NOWADAYS THINGS AREN‘T AS BAD AS THEY USED TO BE, RIGHT?

Of course, a lot has changed. For example, women* are now able to work and to vote, and abortions have at least been partly decriminalised. Neoliberalism and its accompanying flexibilisation of individual people make it seem as if the category of sex/gender didn‘t really matter anymore. But on a closer look that turns out to be nonsense: gender specific merchandise is booming like never before while care work, educational and reproductive work is still mainly done by women*. And that‘s besides also having to work at a paying job – so, doing wage labour. On the one hand, this creates independence, but on the other hand there arises a double oppression. Apart from that, women* also get paid less, are underrepresented and disadvantaged on the job market. So a closer look shows that even though there have been important changes, the fundamental structure is still the same. What has changed a bit but is overall the same is the idea of two sexes/genders that differ the way they think, act, and feel.
Feminist struggles have improved the lives of many people. Because these things had to be fought for, they also have to be defended constantly. Given the current state of society, they are always in danger and could be taken from us at a moment‘s notice. At the same time, it is important to keep on struggling. But: a feminist struggle that only aims at reaching unstable workplace equality falls short by omitting the connection between sexism and capitalism.
This is why feminism always also needs to be anticapitalist. In a liberated society, education, care and house work need to be shared by everyone. To this end, overcoming capitalism and the patriarchy is essential. And that also means overcoming the categories of man* and woman*. 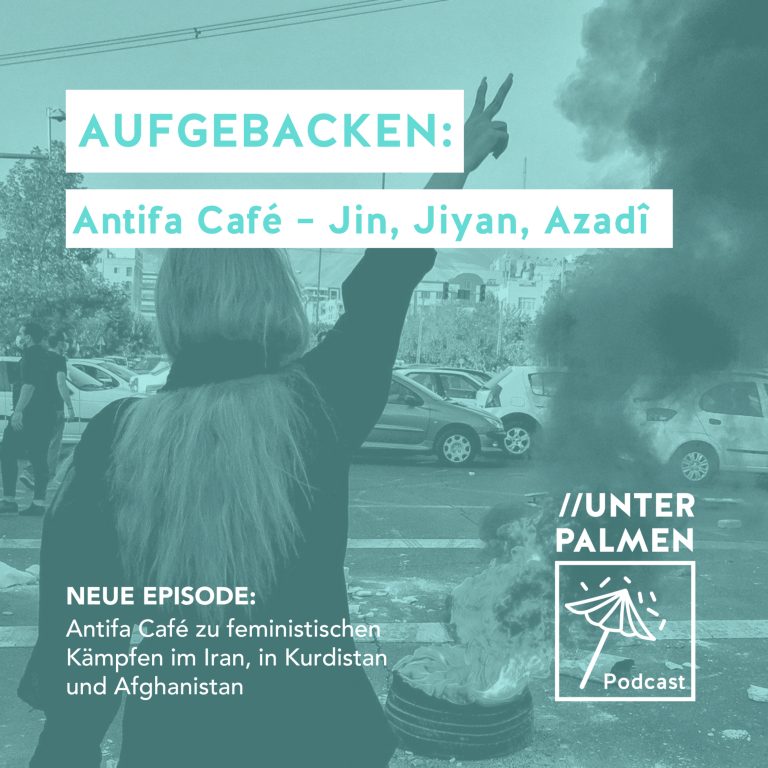